Pregnancy is an exciting time, but it comes with about a billion questions. Is it safe to exercise? Are there any restrictions?

The fact is that the guidelines about exercising while pregnant have been adapted from overall physical activity and public health literature, reports the National Institute of Health (NIH). U.S. Department of Health and Human Services (HHS) issued comprehensive guidelines in 2008 on physical activity, including a section stating that healthy, pregnant women should begin or continue moderate-intensity aerobic activity during pregnancy, accumulating at least 150 minutes per week. In 1994, the American Congress of Obstetricians and Gynecoligists (ACOG) removed the recommendation that many obstetricians still follow—keeping heart rate to less than 140 beats per minute—because it was found that tracking heart rate during exercise is not as effective as other monitoring methods.

“Using heart rate as a measure of exertion might be unreliable in pregnancy because of the many physiological changes that happen in order to support a growing fetus,” says Carolyn Piszczek, M.D., an OBGYN in Portland, OR. Example: Blood volume, heart rate, and cardiac output (the amount of blood your heart pumps per minute) all increase in a mother-to-be. At the same time, systemic vascular resistance—AKA the amount of resistance that the body has to overcome in order to push blood through the circulatory system—decreases, says Sara Seidelmann, M.D., Ph.D., researcher in the cardiovascular division at Brigham and Women’s Hospital in Boston. All of those systems work together to create a balance that allows enough blood flow to support both mom and baby during exercise. “Because of all of these changes, your heart rate may not increase in response to exercise in the same way that it did before pregnancy,” says Seidelmann.

So if monitoring heart rate is out, what should you do instead? Pay attention to perceived moderate exertion—otherwise known as the talk test. “During pregnancy, if a woman is able to comfortably carry on a conversation while exercising, it is unlikely that she is overexerting herself,” says Seidelmann.

Now, what does this all mean for working out while pregnant? According to the Centers for Disease Control Prevention (CDC), pregnant women should aim to get at least 150 minutes of moderate intensity aerobic activity every week. Moderate intensity is defined as moving enough to raise your heart rate and start sweating, while still being able to talk normally—but definitely not sing. (Usually, a brisk walk is close the correct level of exertion.)

Remember, working out while pregnant is beneficial to both you and baby. Not only can it reduce back pain, promote healthy weight gain during pregnancy, and strengthen your heart and blood vessels, but it may also decrease your risk of gestational diabetes, pre eclampsia, and cesarean delivery, according to ACOG. (PS: Did you know this birthing method even existed?) Still, that doesn’t mean you should go balls-to-the-wall and adopt a routine you’ve never tried before. In fact, that’s the exact opposite of what you should do, and these are some ways to tell whether you’re pushing too much. But if you’re healthy and your doctor gives you the go-ahead, it’s usually safe to continue regular physical activity. Just use that talk test to help keep you in line, and maybe leave the heart rate monitor at home.# 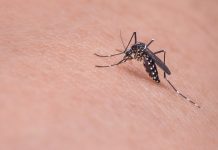 What Do You Know About Dengue Fever (Break bone Fever)? 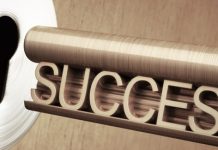 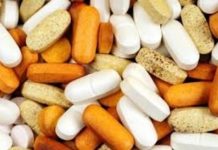 Should We take Vitamins and Nutrient Supplements

What Do You Know About Dengue Fever (Break bone Fever)?

Acne vulgaris – One of the most common skin problems